James Fernie is one of those people, who can say he has achieved what he set out
to do. He would however disagree, as there are many more future plans in the
making. His company Uthando (meaning love in Xhosa) has grown beyond
expectations, proofing that his vision for a need of such company was founded.
James started his career as a paralegal in London. After completing a traineeship
with the European Commission Humanitarian Office in Brussels, he returned to
Cape Town. He continued his legal profession, but decided to venture into
hospitality. It is here that he realized “the potential of tourism to contribute in a
meaningful and substantial way to community and charitable causes.”
Thus Uthando was born. As a grassroots activist he saw the gap so to speak. People
in dire need of help, be it education, guidance, financial aid, or all of the before
mentioned. This can be addressed via responsible tourism, not merely a guided
tour. As South Africans have a rich and cultured history to tell and amends to be
made in future generations.
As a developing country the funds to do just that are lacking, making Uthando
even more ingenious. You are taken to various projects that Uthando supports and
works with. It is funded by a add on service charge from the operator, this way
they not only earn money for the projects, but get to keep up with them.
The interaction (for all involved) and subsequent growth is one of the most
rewarding and empowering experiences. Uthando has grown from a one man
team (James) to two man team (James and Xolani Maseko) with various projects.
Projects range from gardening to dancing for the children to the aged. Here we
mentioned but a few, visit the website for more information. http://www.uthandosa.org
A traditional African proverb says: “It takes a village to raise a child” The Hout Bay
Community takes this to heart, it’s evident in the various projects on hand for
children as well as for a previously disadvantaged group.
The Hout Bay Music Project (HMP) provides music development opportunities to
disadvantaged children in the Hangberg and Imizamo Yethu community.
Indigenous music is innovatively combined with classical music and traditional
dance. Proof of their success can be seen among some of their achievements such
as performing for the G20 Summit and the “The Philanthropist” American
Television Series.
The Jikeleza “Turn Around” dance project works as a community partner in
Hangberg and Imizamo Yethu. They address wide range of social issues such as
poverty, neglect, drugs, violence and HIV Aids .They offer creative dance, the
African Drumming and Jika Marimba, being their pride and joy. This helps to keep
the children off the streets, making them less likely to join a gang or be involved in
crime and substance abuse.
Original T-Bag Design Company is also situated in Hout Bay. They make “Functional
Art” out of recycled tea bags. Used tea bags are dried, emptied, ironed and
painted. The result of miniature works of art are applied to variety of items like
décor, wooden boxes or fabric. They are now not only employed, but have a sense
of community, excitement and most of all love. 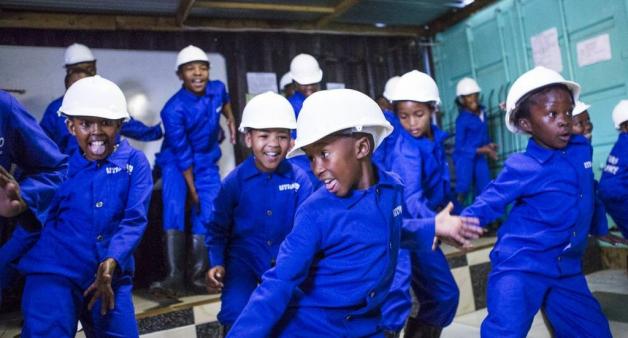 Uthando also works with The Betterchoice Youth Project based in Khayelitsha
(Xhosa for new born) its focus to teach children Gumboot and Traditional style
dance as well as being a homework club. This is to combat the influence of drugs,
gang violence and alcohol abuse. They are giving children a BETTER CHOICEproductive
creative outlet.

Hlanganani Ngothando “Meet with Love” is a care centre in Bulwer for children
and young adults with physical and mental disabilities. Here they receive therapy
and activities to encourage development to reach his/her best potential.
Mahatma Ghandi said “The greatness of a nation and its moral progress can be
judged by the way its animals are treated. Mdzananda “Distemper” Animal Clinic’s
vision of companionship and community care for every animal surely does
Ghandi’s statement proud. They are situated in Khayelitsha and provide education
for looking after animals, low cost veterinary services and perform abuse and
neglect interventions. In this way the community learns responsibility, respect for
life, compassion and non-violence. These valuable attributes will reflect in
everyday life. 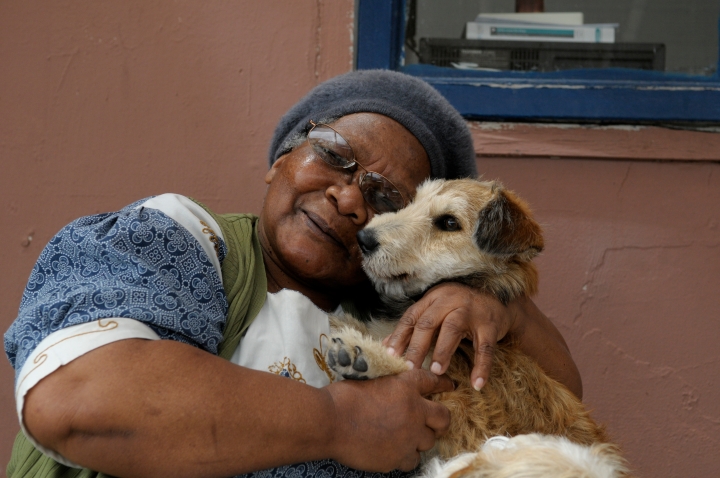 The aged are surely to be included in this. When you are in your teens, anyone in
their twenties seems old, before you know it, that someone is you. The Sinovuyo
“We are Happy” Old Age Group in Khayelitsha meet every day Monday to Friday.
Members are between 60 and 85 years old. The organisation helps seniors with
exercise, feeding scheme, social discussions and hand-works. It provides joy,
happiness, but most importantly overall support.
Another group in dire need of support is black Lesbian Bisexual and Transgender
women. In African Culture they are not always accepted. In reality lesbian is seen
as not African. The Luleki Sizwe “Discipline the Nation” LBT Women’s Project seeks
to change this existing negative perception and simultaneously address the needs
of black LBT women in urban and rural townships. A lot of them are experiencing
violent rapes .This so called “corrective rapes” result in them becoming HIV
positive. Programmes offered include medical care for recent victims, advocacy
programmes and Human Rights lobbying.
In similar vein Rock Girls partners with design, travel and media industries to
create safe spaces for girls and women. Rock Girls seek to reduce violence against
women through creation of safe spaces. Girls should stay in school and women are
encouraged to become economically independent for healthy risk-free lives. This
Grassroots movement inspires, encourages and invest in girl-initiated and girlfocused
projects in private and public sectors. Their first project Safe Spaces has
resulted in 56 Safe Space Public benches. The new project BRAVE launched in June
17 amplifies the voices of BRAVE girls around the world who are speaking out
against the discrimination and violence they face every day. They have not only
found an innovative way of raising awareness against gender based violence, but
are also seeking to find common solutions to challenges whilst providing practical
training.
Another inventive entrepreneur is Xolisa Bangani . This Gardener /Artist/Poet/
Rapper/ is showcasing gardening as a landscaping art. His Ikhaya-Kulture: “Home”
Ikhaya Garden is making gardening cool and fun for the youth by combining it with
recycling and art. The idea is to promote a healthy lifestyle, while creating
environmental awareness programs. He serves his community with passion.
The Amy Foundation signifies how far we have come. Amy Biehl, an American
student worked at the Community Law Centre on the new Constitution, Women’s
Rights and to help register voters for the first free election in 1994. Political mob
violence resulted in her untimely death. The men convicted of her murder were
granted amnesty through her parents and the Truth and Reconciliation
Commission. This non-profit organisation, founded by her parents offers
educational and cultural programmes, music and sport to empower the youth.
Two of the men granted amnesty joined Amy’s mom, Linda Biehl in working for the
Foundation. They still work together today- remarkable.
Uthando represents the progress that has been made; it represents the possibility
of a better future for all. Let’s strive to live like Uthando. In parting please watch
this video and remember the great Nelson Mandela’s words: “Education is the
most powerful weapon which you can use to change the world.”